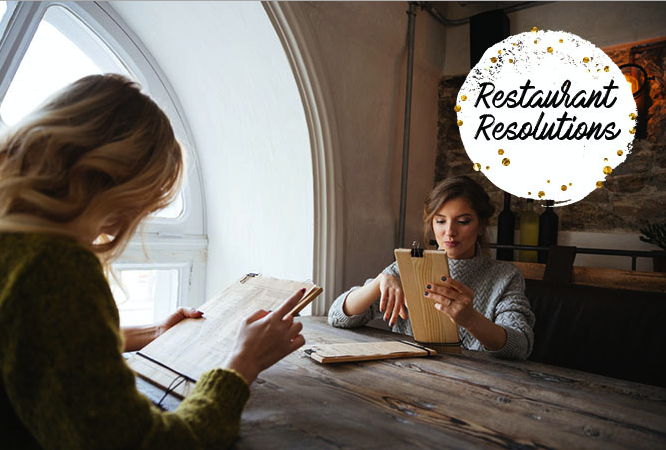 Save yourself a frantic under-the-table Google search and avoid an embarrassing order slip-up at a sophisticated restaurant by learning these food terms and how to pronounce them! Here's a beginner's "Foodie Dictionary" of culinary terms that are most commonly mispronounced and misunderstood.

Quinoa – the trendiest and most commonly mispronounced source of protein of 2017! Often mistakenly called 'kwin-oh-ah', quinoa is neither a seed nor a grain. It's a delicious, healthy gluten-free super-seed that makes a tasty addition to salads and a great side dish.

Pâté is a French/Belgian term describing a finely or coarsely ground blend of meat, herbs and seasonings, typically served with quality bread.

This one may seem a little obvious, but how many times have you overheard an order for 'expresso' in the coffee queue? Espresso refers to a strong, black coffee made by forcing steam through finely ground coffee beans.

There's no denying this Thai hot sauce is a tricky word to pronounce – the trick is dropping the first 'r'. Made from hot chillies, distilled vinegar, sugar, salt and garlic, sriracha is actually named after the city of Si Racha in Thailand where it is believed to have originated.

'Chipotle' is as popular as it is mispronounced. A chipotle is a smoke-dried jalapeno, typically used in Mexican and Mexican-inspired cooking.

Think of an aperitif as an appetizer in alcoholic form. 'Aperitif' is a French term to describe a light alcoholic drink served at the beginning of a meal to stimulate the appetite. It's a dry, low alcohol beverage (sugar actually dulls the appetite), often dry vermouth, bubbly, or dry white wine.

'Au Gratin' is a popular French culinary technique describing any type of dish topped with either a layer of bread crumbs combined with butter or cheese. It will then be baked until lightly browned. For example, potatoes may be served 'au gratin'.

Compote refers to a chilled sweet sauce made from fresh or dried fruit in syrup, often served with pastries or yoghurt. Summer berries with vanilla make for a delicious compote.

To decant literally means to transfer liquid between vessels. Wine lovers will decant red wine to separate wine from sediment and let it breathe, enhancing its flavour. Wine may be decanted between 30 minutes and 3 hours before drinking, depending on the age, region and variety.

A dish with many delicious interpretations, fondue is a Swiss speciality made of one or more cheeses – often Gruyere or Comte – melted in a pottery dish with white wine. Long forks are then used to dib cubes of toasted bread into the melted cheese. For a sweet alternative, cheese can also be substituted for chocolate!

Traditionally, 'hors d'oeuvres' refer to the first dish served in a meal, particularly lunch. They can be served either hot or cold, but most importantly, attention to decorative detail and presentation is everything. It's a common Russian custom to serve an array of hors d'oeuvres as a small meal before a main, similar to an entree.

Fruits de Mer is a French term which literally translates to 'fruits of the sea', and refers to shellfish.

If you guessed 'jus' referred to some sort of juice, you weren't far from the mark – it roughly translates from French to 'juice'. In French cuisine, it refers to a sauce made from diluting pan juices with liquid that is then boiled in the roasting pan until all of the sediment has absorbed into the jus. It could also be used to describe juices squeezed from raw fruits and vegetables.

A restaurateur refers to a restaurant's owner or manager. This term is often given a stray 'n' and mispronounced as 'restauranteur'.

Smorgasbord – fun to say, and even more fun to eat! The Swedes use this term to described a buffet of dishes served either as hors d'oeuvres or as a proper meal. In true Swedish style, they will often feature pickled fish or vegetables and smoked salmon.