15 Weird and Wonderful Easter Food Traditions from Around the Globe

As Australian families sit down to hot cross buns and chocolate bilbies this Easter, the rest of the world enjoys a whole host of weird and wonderful food traditions. From praying pretzels, pyramid-shaped desserts and pickled herring, we take a look at what the rest of the world will be eating these Easter holidays…

Not to be confused with the salty meat dish of the same name, "Paçoca" is a Brazilian Easter treat made of crushed peanuts, sugar and cassava flour. Traditionally eaten during Lent or on Good Friday, paçoca squares are commonly passed out during holiday procession walks. 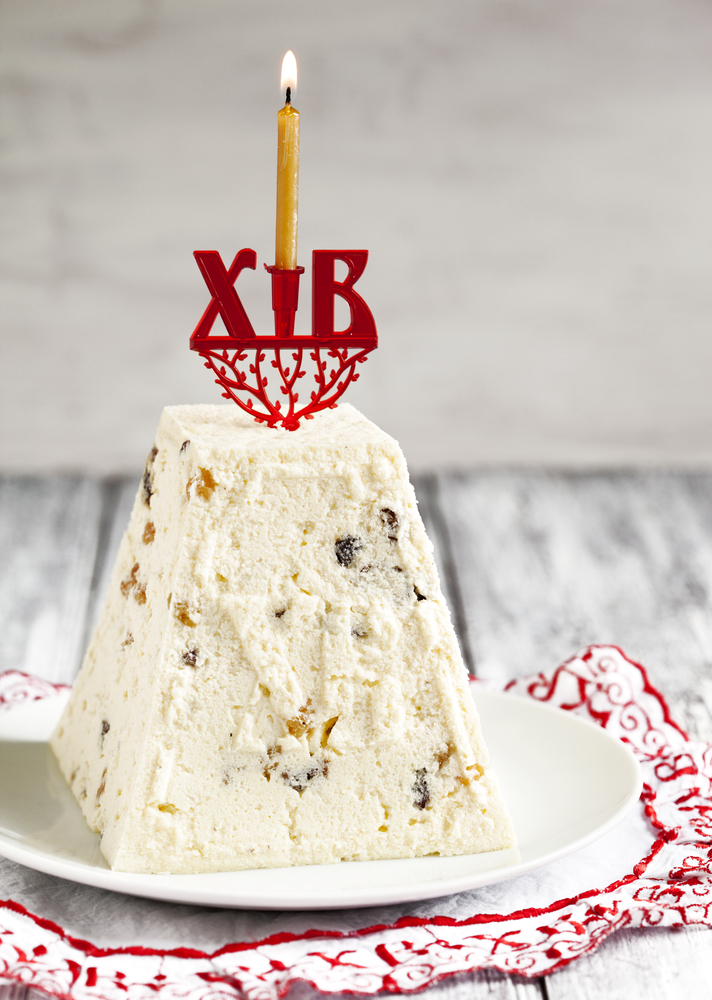 Pashka, the Russian word for Easter, is also one of the items served at an Orthodox Easter in Russia. Traditionally spread on kulich (an Easter coffee cake) and eaten on Easter Sunday, this custardy cheesecake-style dessert is usually shaped in a pyramid mould, with the letters XB (meaning "Christ is Risen") imprinted into the side using nuts and glazed fruit. It is also often served on a bed of poached rhubarb or cinnamon-scented apples.

Mona, which means "gift", traditionally comes in two forms. The first is a gigantic doughnut cake topped with boiled eggs and the second is a doughnut topped with chocolate glaze, almonds, chocolate eggs, colourful feathers and cartoon characters. So popular are these second cakes, that bakeries expect 600,000 to be sold by Easter Monday. 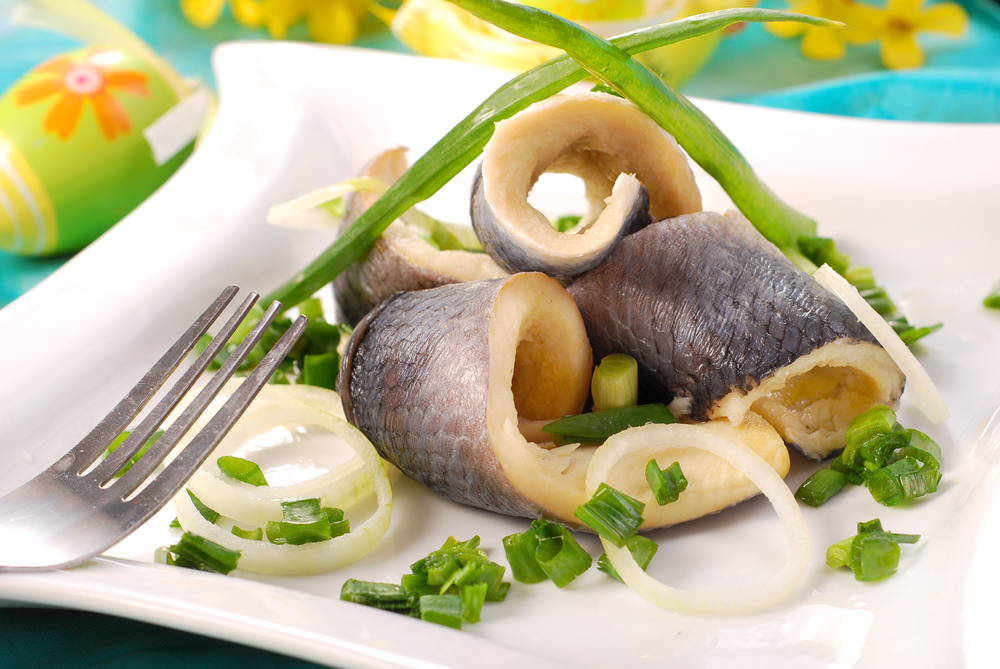 Whether pickled, raw or cured, the Scandinavians love to tuck into herring around Easter time. Traditionally, the delicacy is served on a bun or alongside rye bread, potatoes, sour cream and akvavit, a flavoured spirit popular since the 15th century.

Instead of baking cakes come Easter time, breweries in Norway began making this special blend to celebrate the holiday. The beer has met some criticism from Christian groups, but it remains a tradition the Norwegian's love.

Made of natural yeast, butter, flour, sugar and eggs, this Easter loaf offers a panettone-like flavour and a unique Dove shape to represents Christ. Before being baked, colomba pasquale is coated with almonds and coarse sugar.

The Chipa Guazu is an easter breakfast bread made of cheese, yucca flour and cornmeal. It has a dense, chewy texture and strong cheese flavour and is traditionally served in rings.

This brioche-like bread offers the flavour of wild cherry and is traditionally decorated with hard-boiled eggs that have been dyed red. These eggs are said to symbolise the blood of Christ.

Considered to be the "Food of the God's, pinza hails from Eastern Europe and is still immensely popular in Slovenia, Austria and Croatia. Similar to a hot cross bun, a pinza is a sweet bread that marks the sign of a cross. Traditionally it is cut into three sections to represent the Holy Trinity. 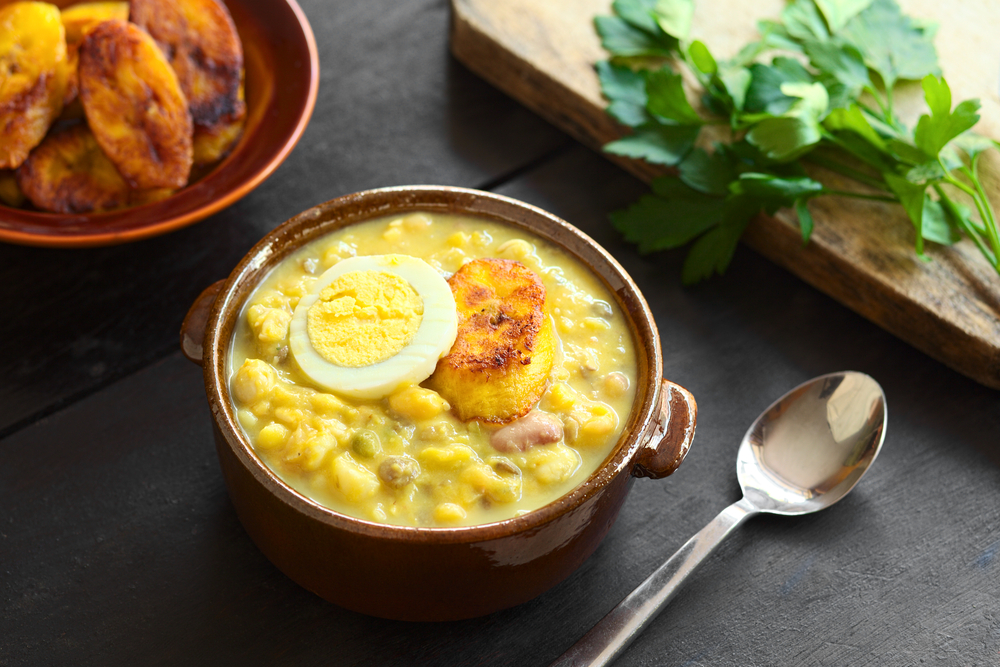 Fanesca is a soup made of 12 different beans and grains, said to represent each of the 12 disciples. It's traditionally served in the week leading up to Easter (Holy Week) and is garnished with hard boiled eggs, fried plantains and parsley.

Served alongside sweet hot cross buns, this aromatic fish smells of masala and is a Cape Malay tradition. If you don't fancy the sweetness of the buns, it can also be eaten alongside a green salad.

Simnel cake is a light fruit cake with two layers of almond paste or marzipan. It was originally made for the middle Sunday of Lent, when the 40-day fast was relaxed. Traditionally, simnel cake is decorated with 11 or 12 marzipan balls, representing the 12 apostles, minus Judas.

A spiced Mexican-style bread pudding, capirotada is filled with raisins, cinnamon, cloves and cheese. It is said that each ingredient carries a reminder of the suffering of Christ, the cloves being the nails on the cross, the cinnamon sticks representing the wooden cross and the bread being the body of Christ. 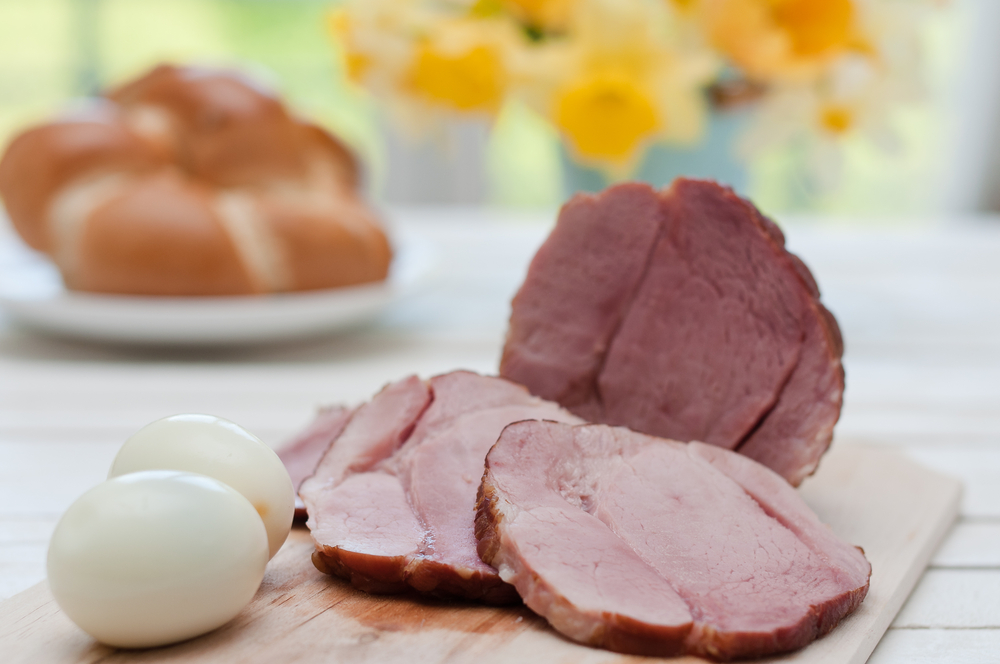 Glazed ham is a popular dish in North America, put in place of the traditional lamb that made reference to God. Since lamb is not as readily available, ham is now the "go to" dish come Easter.

While these buns might be popular in Australia also, Hot Cross Buns originated in the UK and are traditionally served on Good Friday. The spiced buns are marked with an icing cross, which often reminds people of the crucifixion. But that isn't the reason for the cross. The cross actually represents the moon and four seasons, and was derived from the ancient Anglo-Saxons' preparations of small cakes for the goddess Eastre.