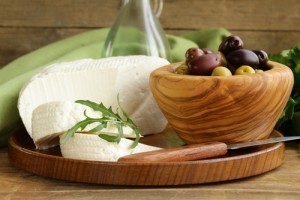 According to the Sydney Morning Herald, some generation Y foodies are spending up to $600 per week on gourmet produce. This makes 18-34 year-olds the highest spenders in the supermarket. Baby boomers spend the least amount, with 88% spending less than $50.

Gourmet food products like cheese, cured ham, seafood and olives are becoming popular items on the shopping lists of young Aussies revealed a recent report on the food spending habits of Australians.

The Foodie Nation report, presented by Suncorp Bank, revealed that 81% of Australians spend up to $50 a week on luxurious foods when shelling out between $100 and $200 on a shop. According to Suncorp's Monique Reynolds, the increased spending is likely due to television programs such as Masterchef, which have boosted popularity in gourmet produce.

As for the food being eaten, 23% of those surveyed said that modern Australian cuisine is their top choice, while just 3% said that organic and health food was their priority. The best-loved home cooked meal is a traditional roast.