Social Media and Food: Is the Relationship Healthy? 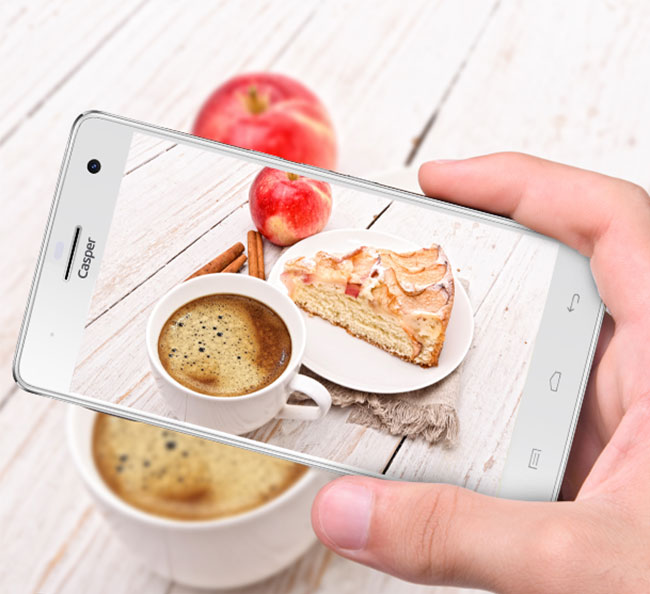 Social media has changed just about every way we do business and in the food industry, it's no different. Even the way we live at home is altered by social media.

The phenomenon known as "eat and tweet" has been flooding social media feeds with food images for some time. Diners are no longer content with just enjoying their food, they want to snap it and share it with the world. In 2013, every single day saw an average of 1.6 million public photos uploaded to just Flickr alone, with a large percentage being food items. Add to the mix social media sites such as Twitter, Instagram, Pinterest and Facebook and that's a lot of food photographs going online at any one time.

In 2014, the popularity of the hashtag #foodporn meant 90 new food photos were uploaded to Instagram every minute and apps such as Burpple, FoodSpotting and SnapDish became mainstream. Even mobile companies got in on the act, with Virgin Mobile releasing their #mealforameal campaign, a world first initiative that saw food pics turned into real meals by OzHarvest for those in need.

According to Virgin Mobile Digital Communities Manager Jordan Kerr, mobiles and social media are fantastic ways to share experiences. As food is such a big part of life's celebrations, culture and human relationships, it makes sense that people want to share their food experiences.

While millions of people are happy to photograph their food, choose their favourite pic, upload it, tag their friends, add a location and then eat a (by now) cold meal, for some, the question on their lips is why?

People post food for a number of reasons, with the top being:

Once upon a time, you would return home to your partner or parent and try to describe the incredible meal you had just tucked into. While you could describe in detail the flavours, texture and atmosphere, a picture is worth a thousand words. It also allows you to share your experience in real time, rather than waiting.

When seated in front of a plate of fresh veggies or a blueberry, kale and quinoa salad, you can't help but feel good about your food choices. Many feel compelled to share their "good feeling" and it's also a bit about "look how good I am being".

Instead of just saying "the yum cha at 29 Nine 99 is well worth the trip out to Rylstone", a photograph works as a recommendation. A good image can capture the essence of the meal, and lets people see every detail, from the food itself to the plates and cutlery.

A 2012 survey showed that one in ten Australians live alone, while others live with flatmates they may never see. Having just slaved away in the kitchen for two hours to create a perfect meal, who do you share it with? Social media of course!

When sitting in front of a giant slice of cheesecake or having just taken a bite of the gooiest chocolate brownie, social media lets you share some the guilt. There's also a slight tang of 'lucky me, bet you wish you had this'.

Whatever the reasons for people posting food pics on social media, it's having a huge effect on how we eat, both at home and in restaurants.

The effect of social media on food

One of the biggest and most positive ways social media has affected the way in which we eat is that social media regulars are becoming a lot more health conscious. With newsfeeds flooded with healthy food recipes and photographs, social media users are learning just how quick and easy healthy cooking can be. Designated accounts, blogs and pages help people follow diets and meal plans and people are given easy access to advice from some of the world's most respected health and fitness professionals.

Another way our food consumption has been affected is that most people are now a lot more open to trying new foods. Before social media, many recipes came handed down from family and you really only researched recipes based around what you were used to eating. Today, the global images of food we see on a daily basis have people finding new ways to cook with ingredients they may never otherwise have heard of.

For restaurants and cafe's, the introduction of social media has been nothing but a good thing. Brands have the opportunity to really engage with their customers and put their product under the nose of friends, relatives and colleagues of their diners. Using competitions such as "post your best picture to win a free dessert", customers feel enticed to share their dining experience with others.

For those that follow their favourite cafe or restaurant on social media, regular specials, new menu items, old favourites and recipes have them coming back time and time again.

So has social media been a good thing in terms of how we eat? In a nutshell, yes. Social media offers dinner inspiration, links to the best recipes, food diversity and healthy food advice. It helps us better understand the people we love the most and what they like to eat, and has restaurants further engaged than ever before. Keep on #Foodstagram-ing!